Now You Can Time-Travel in Google Maps

Google Maps is going back in time.

Google announced in a blog post Wednesday that you can now see past images of certain landmarks and neighborhoods as far back as 2007. You’re also able to view photos of locations during each of the four different seasons.

It’s no time-traveling DeLorean, but it does offer a fascinating perspective on developing monuments like the Freedom Tower or — more practically — what the climate of a future vacation destinationmight look like when you get there.

Though the feature isn’t available for every little plot of land that Google Maps cars have photographed, it is the start of building an important database of historical imagery. A digital time capsule of the developing world may offer invaluable data for future generations, displaying the effects of natural disasters and informing the planning of future infrastructure.

Here’s how it works:

When you search for a certain landmark on your desktop, you’ll have the option to explore Street View Imagery. From there, you’ll see a collection of image times. Those with photo archives will display a clock icon in their upper-left corners. 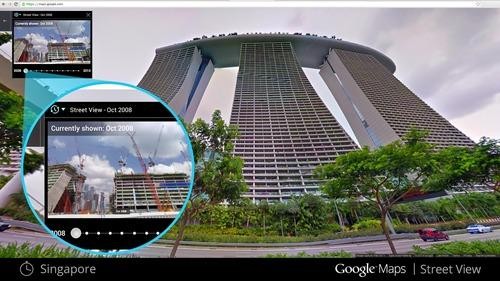 Here are some cool side-by-sides, courtesy of Google, to give you an idea of what it looks like: 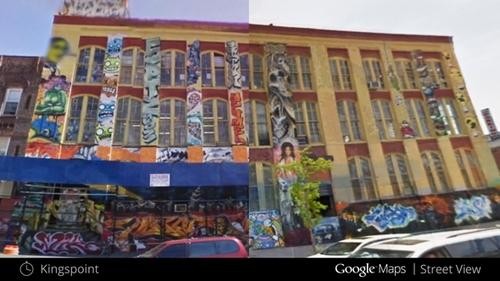 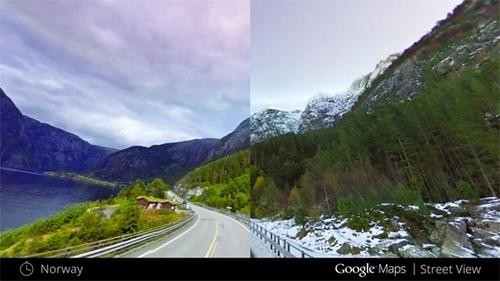 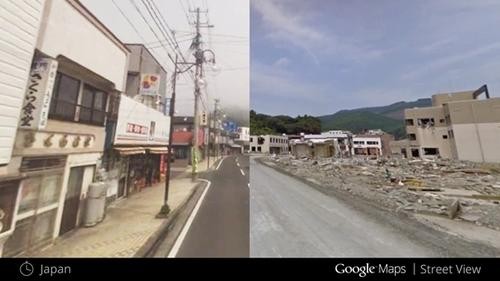 Try it out yourself with a brand-new development, like Brazil’s newly minted World Cup stadium.

Now if only Google could do this for your childhood home.