How to Get Your iPhone Back Without Getting Killed: 4 New Ideas (Including a Good One)

When I went off to live in the big city, the last thing my parents told me was, “If someone wants your wallet, just give it to them. It’s not worth losing your life over.”

Sage advice, Mom and Dad. These days, the same goes for your smartphone. 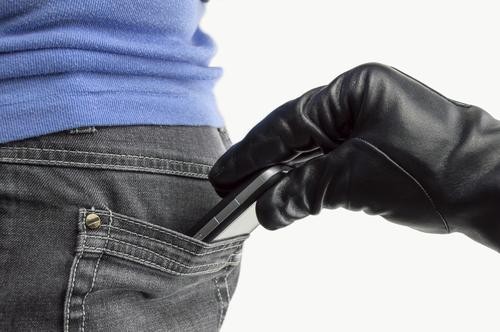 It’s just a gadget, folks
I know. You’re thinking that if you had to choose between someone demanding your wallet or your iPhone, you’d give up the wallet in a flash. In today’s world, it’s entirely possible that your smartphone might be worth more than the cash you carry in your wallet — and contain more personal information — but ultimately, it’s still just a gadget, albeit an expensive one upon which we are incredibly dependent. It can be replaced. Contacts can be re-entered. Apps can be redownloaded.

Smartphone theft is a growing problem. Consumer Reports estimated that the number of smartphone thefts doubled from 1.4 million to 3.1 million from 2012 to 2013.

The standard advice, should your smartphone (or any other device) get stolen: Be as smart as your phone. Report the theft to the police and then let it go. Do not attempt to track it down and try to get it back on your own.

Wait, are people really doing that?
Yes, they are. In a recent article in The New York Times, a spate of do-it-yourself vigilantes were all seemingly clamoring to join what I like to think of as the “Really Bad Idea Club.” You can even find YouTube videos showing how to use the Find My iPhone app and other GPS programs to confront thieves who steal smartphones.

See also: Two-Thirds of Americans Would Put Themselves in Danger to Retrieve a Stolen Phone

Granted, it’s not like a victim of smartphone theft has a lot of options right now. In some cases, people feel as if the police are not as concerned with chasing down a lost iPhone as they are about fighting violent crime.

And the technological safeguards that should be in place are not. That “kill switch” legislation you’ve been reading about, which would enable smartphone owners to remotely turn their phones into useless bricks if they were stolen? Quashed in the California legislature due to pressure from the telecom industry.

Well, how do I get my phone back?
So what’s a power-texting, Instagramming, Snapchatting, all-the-personal-information-you-have smartphone owner to do if his pocket gets picked?

My colleagues and I have come up with four creative suggestions to get your phone back that won’t put you in danger. As I hope you can tell, the first three are for your amusement only. They’ll help you process your loss while you’re dreaming of revenge. But pay careful attention to the last one.

You can read the entire saga here, but please remember that Mr. Rogue also has 1.5 million Twitter followers and other media resources to help spread the word. And, most importantly, he never went anywhere near the perpetrator’s house. 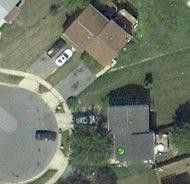 Any thief confronted with hours of, “What, you don’t like the phone you had? An iPhone 4 isn’t good enough for you, Mr. Fancypants? Mr. Could-Have-Gone-to-Medical-School-if-He’d-Only-Applied-Himself?” is bound to immediately give up the phone and consider another line of work.

4. Call the cops and think good thoughts about the SOS Initiative.
Now we’re talking. As soon as you suspect that you haven’t just left your phone lying around somewhere, use a friend’s phone to call the police. They not only get paid to look for the bad guys, but also are trained to defend themselves should the confrontation turn violent.

And keep your fingers crossed for the Secure Our Smartphones Initiative. Law enforcement officials concur that the need for the wireless industry to take action to help secure smartphones and prevent theft is crucial, and the “kill switch” is currently the easiest way to do it. The technology is available right now, and if you’re not into having the government telling you what to do, the S.O.S. Initiative is proposing that this legislation contain an opt-out choice. The proposal goes back to the California state Senate this week for a second battle.

Losing an expensive piece of technology that has all your stuff on it is no laughing matter, but neither is putting yourself in danger. We here at Yahoo Tech hope you’ll laugh at our suggestions but take your safety seriously.