How Computer Viruses Get Their Names 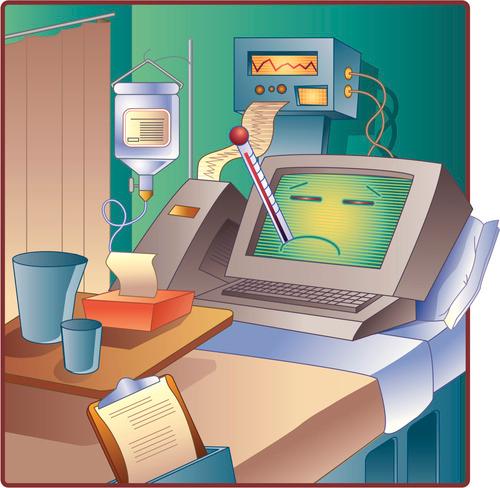 Heartbleed, Melissa, Klez, Nimda, and Sasser. All of these innocent-sounding words could ruin your computer, steal your information, and impact your digital life forever. These computer viruses and system vulnerabilities are the best at what they do: breaking stuff. But how did these terrors get their names?

There’s no one standardized way to name viruses. These aren’t hurricanes; there’s no master list to turn to, and no authority that watches over them to regulate how they’re dealt with. Instead, there are three main avenues for virus naming: when the name is given to the virus as part of its programming; when the vector by which the virus is spread determines the name; and when a vulnerability is found and then named after the fact, usually by its discoverer.

Historically, back when viruses got around mainly through the forwarding of emails, the name of the threat would be based on the filename of the attachment. One of the worst viruses ever seen was called “ILOVEYOU.” It spread like wildfire because of the pleasant sounding email subject and attachment (Love-letter-for-you.txt) The happy attachment turned out to be malicious code that overwrote existing files with copies of itself.

Koobface and Vundo were named after the method by which they were spread. Koobface, an anagram of “Facebook,” was a worm that spread through the social media site. Vundo was a combination of Virtual and Mundo (“world” in Spanish), and it spread through virtual communities.

Then there are vulnerabilities like Heartbleed. Heartbleed was a bug found in the OpenSSL encryption service. The line of code that contained the glitch was CVE-2014-0160 — not exactly the most memorable name. Ossi Herrala, a system administrator at Codenomicon (the company that found the bug) came up with the name. Vocativ reported that Herrala “thought it was fitting to call it Heartbleed because it was bleeding out the important information from the memory.” Because Heartbleed was such a terrible bug — security expert Bruce Schneier ranked it an 11 on a scale of 1 to 10 — it needed solid branding to get the attention it deserved. The catchy named Heartbleed, linked with the bleeding-heart logo and a user-friendly website, was the perfect combination of marketing. It received the attention it needed, causing thousands of affected websites to construct patches and users to change passwords in record time.

As for some of the kookier-named viruses, there’s always a story behind it, usually as unique as the program itself. Melissa, one of the fastest-spreading viruses ever, was named after a stripper programmer David Smith met in Florida. The Michelangelo virus would activate only on March 6, the artist’s birthday. Many have taken on the name of the celebrity whom you are promised naked pictures of — if only you click on a suspicious link. Some virus names are just glorification for their developers: Samy Kumar named the Samy Worm after himself, and the CIH virus is the initials of its developer, Chen Ing Hau.

Regardless of how delightful a virus’s name is, be sure to run virus screenings regularly, and back up your data. ILOVEYOU affected over 50 million people and cost the U.S. $15 billion to remove.

This article was originally published at The Wire.