The Full Rundown: Everything Apple Announced at Monday’s Mega-Conference

SAN FRANCISCO — At its annual Worldwide Developers Conference on Monday, Apple announced updates to its mobile operating system (iOS), its desktop platform (OS X), and its cloud storage offering (iCloud), all of them aimed at getting app developers to continue programming and churning out new apps for Apple devices.

What will be most interesting to Apple device owners, in the meantime: how all of those new updates will work together. 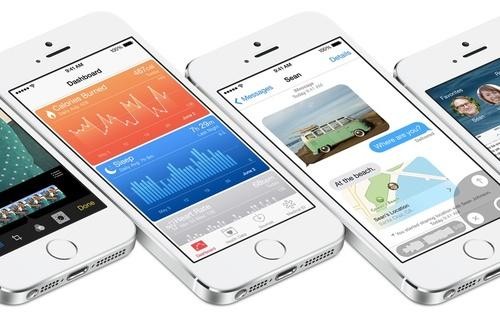 Apple has historically worked hard to create a unified ecosystem of products (while at the same time encouraging developers to write for its systems — hence its big developers conferences). On Monday, Apple pushed even further on unification. What will likely be its most visible update is a collection of projects called “Continuity.”

The Continuity features will let i-device owners move files between their devices (including Windows devices), and will also let them manage all their communications on whatever device is most convenient to them or best suited to the task. In short: If your iPhone rings, you’ll be able to answer the call on your Mac. Or if you start composing an email on your iPad and then want to move over to a desktop Mac where it’s easier to type, you’ll be able to grab your work in progress from your iPad and keep going. 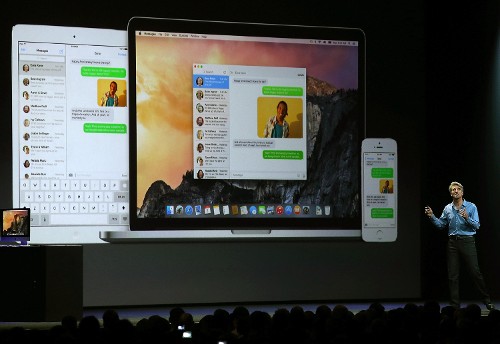 • Apple’s ‘Continuity’ Project Blends Use of Mac and iPhone

Mobile changes
Apple is updating its mobile operating system, iOS 8. It gets interesting and often-requested features. You will now be able to install keyboards made by other developers (see: SwiftKey). To compete, Apple is also improving its own keyboard with a much more impressive word prediction system based on the words you type and the context of what you are typing. In other words, if you use slang when messaging with one person and a more formal tone with another, the keyboard will predict appropriate words for each, depending on the recipient. 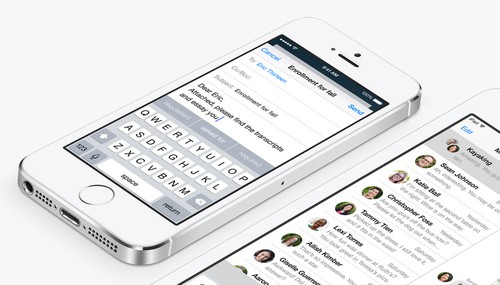 iMessage gets other key improvements, including a quick way to send audio notes and the addition of self-destructing messages (see:SnapChat). You’ll also get better control over group messages. And you’ll be able to send your location to people you’re messaging with (a vast improvement over the standalone Find My Friends app).

Siri is also getting an update, including a hands-free mode. In iOS 8, you’ll be able to invoke the voice assistant by just saying, “Hey, Siri.” This is similar to a hands-free feature on several Android phones. Siri will also be able to bring Shazam in to help identify songs by listening to a few notes through the phone’s microphone.

More apps
Apple launched two long-rumored projects to bring specific developers onboard and help people make sense of new classes of data and devices. The HomeKit project will round up smart-home devices, letting you control your lights, your garage door, and other specially made home appliances that are connected to the Internet, and the HealthKit initiative will collate health and biometric data, including information from expert health sites, to help you track your fitness levels. 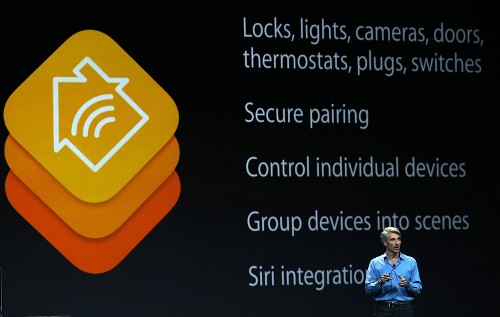 Photographers may appreciate improvements to iPhoto, which gets better organizing and photo editing tools. Apple will now, finally, also support storing videos to iCloud through Photo Stream. You’ll be able to park all your photos in Apple’s cloud, unlike the current system, but you’ll have to pay a bit for the online storage.

• Apple Makes Over Its iOS Photo App with Auto-Editing Features

Desktop and cloud updates
On the desktop side, the most noticeable change will be a refinement of the look to OS X. Window tiles and sidebars are now subtly translucent, and Apple has refreshed its icons for clarity and to make them closer, design-wise, to iOS.

The right-hand notification window also gets widget support: If you want a calendar always available in your notifications, you’ll be able to pin it there now.

The Safari Web browser gets a fairly major usability update, too. The address bar is cleaned up, and now, when you click in it to type, you also get a pop-down icon grid of your favorite sites. Apple has also cleaned up tab management.

More importantly for iPhone and iPad owners, Apple says that, under the hood, Safari uses much less computing power, so battery life while browsing will be much improved.

Apple is taking another stab at cloud storage (and Dropbox), with iCloud Drive, a new system in which each app you use gets its own synchronized online folder that you can view from any Apple device, the Web, or Windows machines.

App Store changes
Finally, Apple is tweaking the iOS App Store. Developers will now be able to put video previews of apps into the store, as well as create bundles of apps.

The App Store will also get a new layout, including easier ways to drill into categories of apps and to see Apple’s own “editors’ picks.”

Parents will get better control of their kids’ purchases, too, under Apple’s new Family Sharing program.

• iOS 8 Gives You More Control Over Your Kids’ iPhones

And Touch ID (using the iPhone 5s’ fingerprint sensor) is getting opened up to developers, which will make logging in to secure apps, like banking or commerce apps, easier.

When do you get it?
These products and features will show up when the new platforms appear on devices later this year. Apple is making beta (test) versions of the new operating systems available to developers before that, too. The operating system updates will be free and should arrive in the fall.