The branded bug: Meet the people who name vulnerabilities 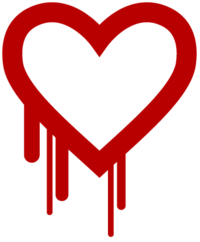 If the bug is dangerous enough, it gets a name. Heartbleed’s branding changed the way we talk about security, but did giving a bug a logo make it frivolous… or is this the evolution of infosec?

Criminals, such as bank robbers, are often named because there are too many to keep track of. Just as killers and gangsters end up in history marked and defined by where they murdered (the “Trailside Killer”) or having a characteristic (“Baby Face” Nelson), the same goes for critical bugs and zero days.

Stephen Ward, Senior Director at iSIGHT Partners (iSIGHT reported the “Sandworm” Microsoft zero-day), explained to ZDNet, “Researchers will often use unique characteristics discovered in malware or in command and control to give a team or a particular exploit a name. It helps to create an understanding and an ongoing reference point as malware variants surface or activities of a team continue.”

We count distinct cyber espionage operators by the dozen now — as it relates to Russia there are at least five that we have come to name based on their continued activities.

Without naming these teams, it would be impossible for a network defender to keep track of them all. We think that’s essential, because intimately understanding these teams is the first step to mounting an effective defense. Giving a name to a team — as we have done with Sandworm — helps practitioners and researchers track and attribute tactics, techniques, procedures and ongoing campaigns back to the team.

By assigning identities, It helps to bring these actors out of the shadows and into the light.

Heartbleed was discovered Friday, March 21, 2014 — though possibly before — by Google Security’s Neel Mehta. That same day, Google’s team committed a patch for it — then sent it to Open SSL and Red Hat. Someone on Google’s private Heartbleed brigade told someone at commercial website security company CloudFlare, who patched it on March 31.

Facebook also got a private heads-up, as did Akamai. A giant game of behind-the-scenes finger pointing erupted, and Google took a page from the Apple playbook, refusing to comment to press on who was told what, if anything, or when.

Ari Takanen, Chief Research Officer, Codenomicon Ltd., told ZDNet, “The Heartbleed vulnerability is in the Heartbeat extension of the OpenSSL library. Ossi Herrala, one of our system administrators, coined the name Heartbleed.”

Takanen explained, “He thought it was fitting to call the vulnerability Heartbleed, because it was bleeding out important information from the memory.”

Codenomicon CEO David Chartier told Bloomberg that his team then immediately went to work on a marketing plan.

Codenomicon subsequently purchased the Heartbleed.com domain name on April 5 — while news of the bug spread through Red Hat and on private email lists, on which a Red Hat employee said there would be a public disclosure on April 9.

Things didn’t quite turn out as planned.

Half an hour after OpenSSL published a security advisory the morning of April 7, CloudFlare bragged in a blog post and a tweet that it was first to protect its customers, and how CloudFlare was enacting an example for “responsible disclosure.”

An hour after CloudFlare’s little surprise, Codenomicon tweeted to announce the bug, now named Heartbleed, linking to a fully prepared website, with a logo, and an alternate SVG file of the logo made available for download.

Heartbleed’s logo was created in just a few hours by 27-year-old Finnish graphic designer and Codenomicon employee Leena Snidate, who later told Newsweek, “I had to move quickly as the site was going live immediately.”

Her design was a hit.

How did a security hole like #heartbleed get such a good logo so quickly? It looks better than most startups!http://t.co/R0MREQUHtd

I dunno, what would you recommend for a security conference?pic.twitter.com/3YscxzDM4M

Unlike Google and Facebook, many companies were taken by surprise by Heartbleed, including Amazon Web Services, Yahoo!, Twitter, WordPress, Dropbox, GoDaddy, CERT Australia, and many more.

It felt like the worst big bug in ages was basically sprung on the world, by a group of insiders somewhere, who made it splashy, pre-packaged, and completely PR-ready.

The Heartbleed bug folks had time to make a fancy logo for their website but not to notify the major OS distros?

The media mostly didn’t understand what Heartbleed was either, but its logo was featured on every major news site in the world, and the news spread quickly.

Which was good, because for the organizations who needed to remediate Heartbleed, it was critical to move fast.

Codenomicon CEO Chartier told the Guardian, “I think that the fact that it had a name, had a catchy logo that people remember, really helped fuel the speed with which people became aware of this.”

This being true, then so was the inverse: Heartbleed’s viral branding most likely helped fuel the speed in which attackers learned about it, too. Heartbleed attacks appeared within days.

Heartbleed’s clever branding may be up for debate in the long run.

Researchers from Northeastern University and Stanford Universitydiscovered in a November analysis that “while approximately 93 percent of the websites analyzed had patched their software correctly within three weeks of Heartbleed being announced, only 13 percent followed up with other security measures needed to make the systems completely secure.”

Heartbleed was branded on purpose, and there’s no doubt it was a success. It’s evocative, emotional, and it sounds serious.

We asked Codenomicon why they branded Heartbleed and gave it a logo.

Takanen said, “The vulnerability was very serious. Our team believed it needed a name and an approachable logo to accompany the message.”

He elaborated, saying they felt like it was time to evolve communication with the public about vulns. He said,

The purpose was to help spread news of the vulnerability and get people to fix their systems as soon as possible. For the same reason we also published our Heartbleed FAQ on the heartbleed.com site.

Due to the significance and based on our past experiences in reporting vulnerabilities, we had a feeling that this one called for a new approach, Vulnerability disclosure 2.0, to get the information out to everyone in a democratic way.

In this light, Winshock, POODLE and Rootpipe missed the branding bandwagon completely.

Well, you can’t ask for a more logo-ready SSL bug name than Poodle, can you?

Despite the fact that it seemed primed to do so, Google’s POODLE (Padding Oracle On Downgraded Legacy Encryption attack) never did get pinned with a logo.

Reporting on POODLE is a mish-mash of stock art, and disturbingly uninformed reporting-presented-as-a-joke by major media outlets.

Heartbleed charmed the public, and in a way, it was designed to do so.

By comparison Shellshock, POODLE (aka clumsy “Poodlebleed“), Sandworm, the secretively named Rootpipe, Winshock, and other vulns seem like proverbial “red headed stepchildren” — despite the fact that each of these vulns are critical issues, some are worse than Heartbleed, and all of which needed fast responses.

Shellshock didn’t have a company’s pocketbook or marketing team behind it. So, despite the fact that many said Shellshock was worse than Heartbleed (rated high on severity but low on complexity, making it easy for attackers), creating a celebrity out of Shellshock faced an uphill climb.

Without the logo this #shellshock bug is obviously not as bad as#heartbleed.

It didn’t help that Shellshock suffered an identity crisis upon public disclosure. On September 12, French researcher Stephanie Chazelas discovered a bug so stunning, and so old, it frightened him.

An Akamai employee and open source dev researching on his own time while living in the UK at the time of Shellshock’s discovery, Chazelas told The Age, “I would be amazed if governments haven’t known about and exploited systems with Shell Shock for years.”

He reported it to Chet Raimey, who maintains Bash, after which it was quietly reported to internet infrastructure organizations and Linux distributors (“with a big fat warning that it was very serious and not to be disclosed”). After that, the family man only told his family. Unlike Google, the researchers didn’t tell their closest biz-buddies in a game of telephone, one in which Heartbleed became an arms race of egos, insider information trading, and opportunism.

Instead of a marketing plan, Chazelas and Raimey went to work on patches.

Florian also said here that someone brought the early notification sent to vendors/infrastructure to the press, so someone obviously intended to take it to the press. I don’t know whom.

Probably because the very first article about the bug (published well ahead of other information, and social media buzz) claimed that “the bug has been given the name Shellshock by some” — though clearly not by Chazelas or Raimey.

The move led to speculation that insiders wanted to “make a splash” in the press and leaked the bug details ahead of time.

Stumbling out of the gate in terms of branding, once the bug began to be unpacked on popular blog Errata Security, Robert Graham said “I think people are calling this the ‘shellshock” bug,’ and he joked, “Still looking for official logo.”

The Internet saw a need, and filled it in the least attractive of ways, as is tradition.

Graham later took credit for “pimping the name” in his widely-read and oft-cited blog posts about the bug.

The press outlets and blogs that understood what Shellshock meant reported it dutifully. Those that didn’t get it… just didn’t bother.

It is first important to note that we did not name the ‘bug’ — which in this case was a Microsoft Windows zero-day impacting all versions of the Windows operating system from Vista forward (CVE-2014-4114) — rather we gave a name to the team of actors behind the use/exploitation of the vulnerability.

We dubbed this team ‘Sandworm Team’ for the references we discovered to the science fiction series ‘Dune’ in the command and control infrastructure that we observed.

As for the logo, we needed a cover for the report…and we’re geeks too. It isn’t often that you have the opportunity to use the Sandworm from Dune in a piece of corporate research… so we ran with it.