The physicist’s recent work out of Aston University in Birmingham, England, wasn’t concerned with tracing the origins of the Big Bang, but instead tackling the more immediate problem of tangled headphone cords.

According to the Daily Mail, Matthews investigated “Murphy’s Law of String” to explain a phenomenon that frustrates headphone wearers everywhere. And, astonishingly, the physicist claims he’s devised a workable fix, potentially eliminating tangled headphone wires as we know them. 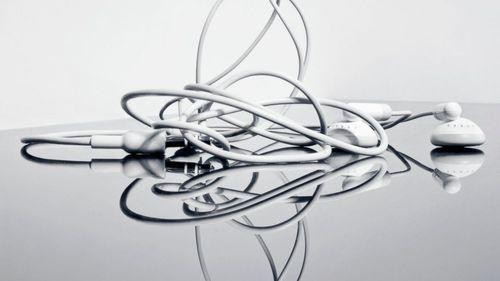 After some experimentation, Matthews and students had the idea to pin the headphone cords together in two spots: the three wires all together near the audio jack and two earbuds, and the two earbud cables again farther down the cable (see the image below).

“Simply clipping together the two ends of the cords makes the cable less likely to form a knot, saving the frustration of having to untangle it before plugging in,” Matthews said of the group’s findings. 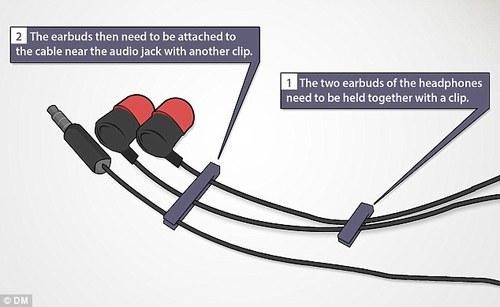 “This was all about using hard science to tackle an everyday issue.”

Though this may be the first time we’ve ever heard of a scientist getting his hands dirty in the issue of headphone wire tangles, it was of course not the first attempt to come up with a fix for the problem.

Several lines of headphones have hit the shelves claiming to be “tangle free.” But, like Zipbuds and JAYS, many of these products have bulky cables or weird wrapping devices built in. Both Apple’s old white ear-style headphones and its new EarPods remain some of the most omnipresent gear for music-listening commuters, but neither have tangle-free technology built in. Headphones made by Beats, which Apple just purchased, do feature tangle-free cables, so maybe Apple’s EarPods will be getting a dangling upgrade in the future.

Now this is the part where the world-renowned genius physicist, after years of scholarly success and hard work, finally strikes it rich by trademarking a $5 piece of plastic, right?